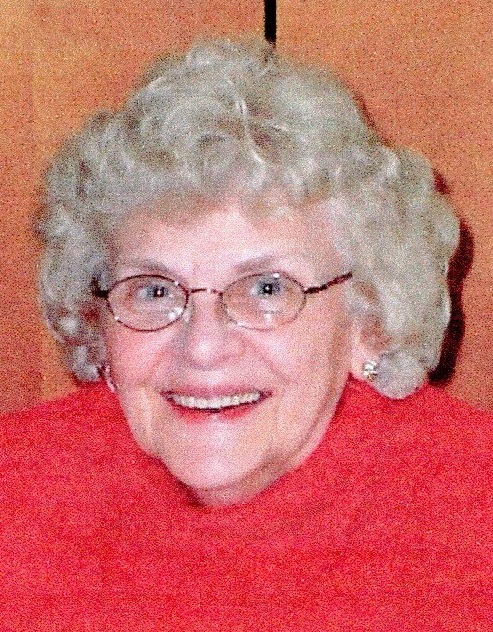 Family to do services at later date

Betty Jane Baker , 89, a long time resident of Coventry Township, passed away peacefully at St. Luke's Lutheran of North Canton and went home to be with the Lord on July 18, 2021. Betty was born on October 16, 1931 to the late Adam and Grace Snyder in Everett, PA and graduated from Everett High School in 1950. She moved from her hometown to the Portage Lakes in the 50's with the love of her life the late Donald Baker , with whom she had been married for 68 years.

Betty Jane is survived by daughter, Sabrina McQuay ; daughter-in -law, Susan Baker ; grandchildren, Nathaniel , Stephanie , Arianne , Adam , Mallory , Allyson , Mackenzie and Tyler and great grandchildren, Gavin , Savannah , Ceili , Keenan , Jackson , Jase , Elliott and Adalyn .  She is survived by her many nieces and nephews and her siblings, Marvin Snyder and Pauline Smith of PA. Betty was preceded in death by her husband, Donald ; her son, Keenan ; son-in-law, Greg ; and her siblings, Wilbert and Paul Snyder , Marietta Sands and Kathleen Harclerode .

Betty was a hard working homemaker who had enjoyed crafting, traveling and car trips with Donald . Betty was always there with baked goods or a covered dish for neighbors and friends when the need arose. She had attended Lockwood United Methodist Church, The Akron Baptist Temple and later The First Baptist Church of Barberton. Betty watched and listened to services from home when health issues kept her from attending in person.

Betty Jane was a devout Christian woman who loved and was devoted to all her family, friends, and neighbors. We were all blessed having her in our lives and will miss her dearly.

The family would like to extend a heartfelt thank you to the St. Luke's Lutheran Community and Crossroads Hospice for the compassionate and respectful care provided to Betty during her time at both of the facilities.

A service celebrating Betty and Donald's life will be held at a later date. Betty was laid to rest at Lockwood Church Cemetery.

To order memorial trees or send flowers to the family in memory of Betty Baker, please visit our flower store.

Family to do services at later date