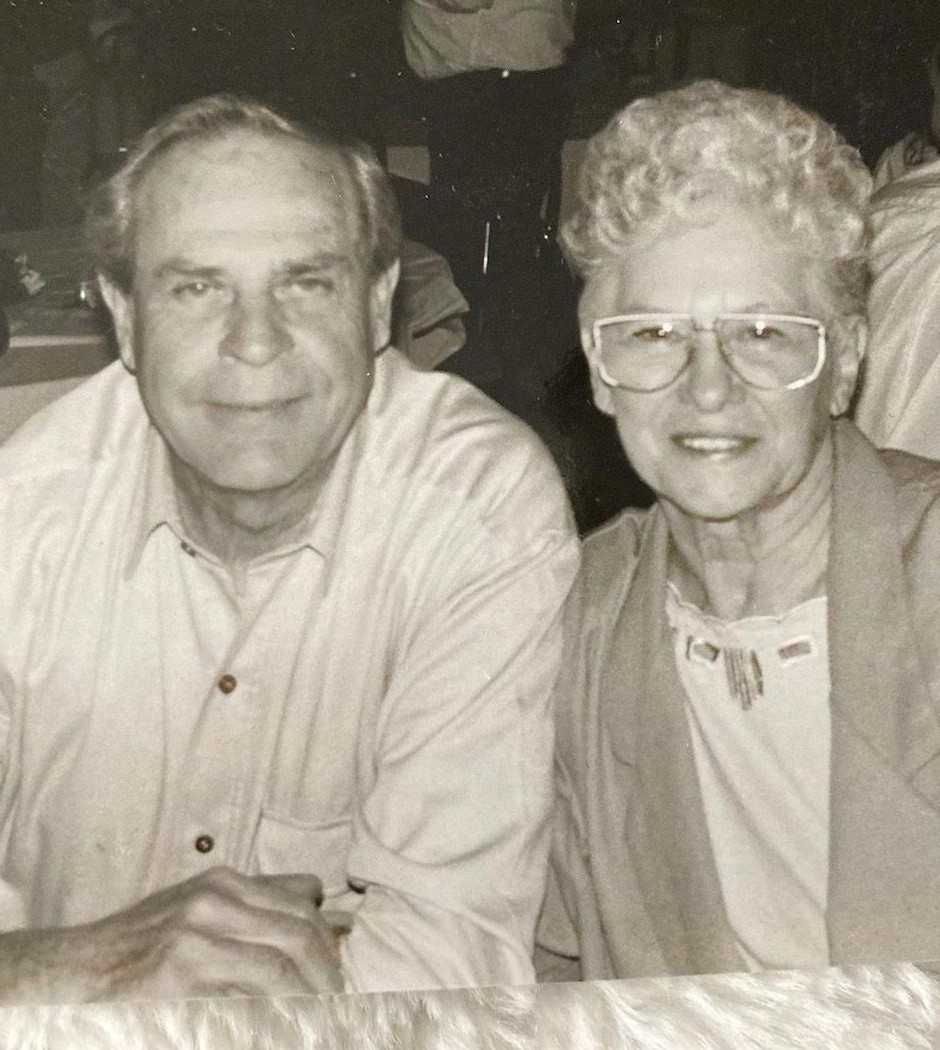 On April 19, 1929, Daniel Lester Freeman (Dan) was born to Alice (nee Sells) and Lester Freeman in Copley, Ohio. His early years were spent working on the family farm and, in later years, in various lines of work, all the while honing his innate gifts for “repair” and “building.”

Dan was drafted for service into the Korean Conflict but, after one year, nine months, and three days of front-line fighting and living in a fox hole, was blessed to return home and to Akron, in specific.

Upon his return, he met a feisty auburn-haired waitress at a downtown Akron diner, and after a tumultuous multi-year “cat and mouse” courtship, Dan (the cat) finally caught Madaline (nee Hunt – the mouse) - her move to California prompting an over-the-phone marriage proposal and plane ride to California to bring her back home to Ohio -- in spite of Dan’s hatred of flying.

In 1952, Dan began employment with The Goodyear Tire & Rubber Company, where he worked tirelessly and faithfully as a mechanic until his retirement in 1992.

Then, FINALLY, on January 16, 1957, Dan and Madaline were united in marriage.

In October of 1958, when the couple was blessed by the birth of their “miracle” son, Daniel Eric, a special Father-Son bond was created that will endure unto Heaven.

Always “Mr Fix It,” as his grandson, Daniel James, recalls, he could tackle any
challenge, and his plethora of repair knowledge will never be surpassed within the family. His reputation for being “handy” (not to be confused with “handsy” – Dan would have laughed at that!) was known throughout the North Hill neighborhood in Akron where he, Madaline, and Daniel Eric, would eventually settle.

In January of 1966, the family of three was joined on North Hill by daughter, Danieta. The lifetime of love that would be shared between a daddy and his little girl was immediate.

An avid outdoorsman, Dan spent immeasurable hours on the water with his best fishing buddy, Daniel Eric, or in the woods hunting, alone or with family and friends. His youngest grandson, Brandon, fondly recalls special “grown up” coffee breaks with “Grandad” before and after their fishing adventures in Dan’s later years.

Ever patient and ornery, Dan adored his family and worked to ensure they were all well cared for, available for any need at a moment’s notice, including when, at the age of 82, he helped stranded grandson, Kyle, whose car had broken down along the Pennsylvania Turnpike. He showed up in the pouring rain – armed with a yellow raincoat and a spare battery – arriving like the Cavalry to save the day.

His kindness extended to those outside his immediate family, as well. Moving from Akron to Mogadore in 1998, Dan and Madaline quickly became popular, loved, and picked up a few extra “children” and “grandchildren,” in their new neighborhood. His willingness to help was appreciated by special neighbors, Dawn and Tom, when, after Tom insisted to Dawn that he could install their new dishwasher himself, she simply told him, “You know it will be Dan doing the installation, right?” Dan installed the dishwasher.

Dan and Madaline shared 53 years of marriage and fun, until her passing in 2010. Joined in mind, the two also shared untraditional gifts for birthdays and holidays. One such gift Madaline shared with Dan, a testament to their ornery natures, was a package of men’s bikini undergarments – unwrapped right in front of their children and grandchildren, as their grandson, Anthony, remembers, laughing.

Although he missed “his girl” every day after she passed, Dan continued Madaline’s legacy by continuing to cook tacos for family and friends, including great grandsons, Jacob and Kenneth.

Dan went to his Heavenly home on November 9, 2022, where these, among many others, were waiting for him: the love of his life Madaline; his parents, Alice and Lester; sister, Naomi Ebert; brother, William Freeman; devoted sister-in-law and brother-in-law, Ruby and David Greig; and special cousin, Jerry Thompson.

Sincere expressions of gratitude are extended to all of Dan’s neighbors for their friendship and support, including Tom, Dawn, Linda, Don, Kay, and especially to Charles, whom Dan considered a second son.

Family will receive visitors on Friday, November 18, at Bacher-Moore Funeral Home, 3250 Greenwich Rd, Norton, from 2-4 pm and 6-8 pm. Funeral and Celebration of Life will be on Saturday, November 19, at 11 am at the funeral home. In lieu of flowers, please consider donations to the Ted Nugent Kamp for Kids (www.tednugent.com/about/kamp-for-kids) or to the Tunnels to Towers Foundation (www.t2t.org).

To order memorial trees or send flowers to the family in memory of Daniel Lester Freeman, please visit our flower store.