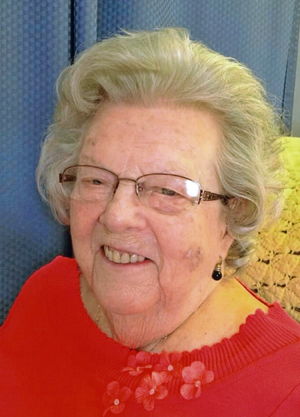 Dorothy Madden, 96, passed away on June 15, 2019. She was born November 2, 1922, in Hamilton, Ontario, Canada to the late Leroy and Emily Summerfield. She retired from the Summit County Sheriff’s Department as a detective secretary. Dorothy was a member of Kingsway Alliance Church and previously of numerous women’s clubs and the Barberton Senior Center.

Private services were held for the family with interment at Copley Cemetery. In lieu of flowers, donations may be made to the Alzheimer’s Association in memory of Dorothy.

To order memorial trees or send flowers to the family in memory of Dorothy "Fram" Madden, please visit our flower store.