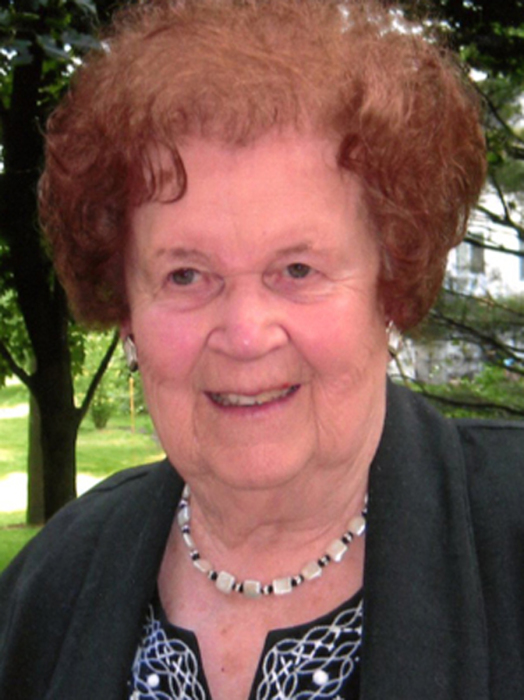 Our precious wife and mother, Dorothy Janovec, passed away on May 10, 2019 after a period of declining health, a month shy of her 93rd birthday. Although we will miss her dearly, Dorothy was blessed with the gift of time and lived a rich and rewarding life.

Dorothy was born on Mustill St. in Akron on June 6, 1926 to parents Ben and Cecilia Stasiak. She grew up on 10th Street in Cuyahoga Falls. As a child she enjoyed playing in Gorge Metro Park, watching Shirley Temple movies, and spending summers on her uncle’s farm near Ashtabula. She graduated from Falls High School 75 years ago with the class of 1944. Upon graduation she began working in the medical office at Firestone.

A few years later she married Michael Masturzo and they settled in North Hill. Sadly, in 1952, Michael died, leaving Dorothy a widow at age 26 with 3 young children under the age of four. Dorothy persevered during the difficult years that followed by working as a waitress at Sanganetti’s and Marcel’s.

In time, she attended a polka dance with her sister Julia. It was there that she met John Janovec. In 1961, John and Dorothy wed, and John welcomed Dorothy’s 3 teenage children as though they were his own. Two additional children were borne out of this union. The new family made their home in Norton.

Dorothy excelled as a homemaker, where she raised her five children with love and devotion. She cherished her family and was so proud of her children’s accomplishments. Dorothy was a fine cook. True to her ethnicity, she created savory Slovak and Polish dishes, but she also loved Italian food and, yes, Barberton chicken.

For the 58 years of their marriage, Dorothy and John were about as inseparable as a couple can get. They visited several places across the country, highlighted by a trip to Hawaii.  But their real passion was polka music. Boy did they love to polka! They enjoyed dancing at various venues in Akron, Barberton, Canton, Cleveland, and Youngstown.

As the years wore on, Dorothy’s health started to decline. She spent the past 4 years at St. Edward’s nursing home. Several of the staff there treated her with love, respect, and dignity. The family thanks you from the bottom of our hearts.

During this difficult time, husband, John and son, John Jr. were with Dorothy every single day, not only to visit, but to tend to her needs and advocate for her care. They were her faithful and constant companions, through good times and bad. Her “boys”, as she called them, were simply repaying the love and devotion Dorothy had bestowed upon them over a lifetime.

Daughter Joan came to visit most evenings, and helped with laundry as well as with styling mom’s hair. Joan’s help was invaluable. Granddaughter Andrea made mom’s room festive, with photos, wreaths, and seasonal trees.

Special thanks to Dr. Dar for his excellent attention to mom’s medical needs throughout the years, and to Dr. Khamis for his compassionate care of mom in her final days.

Sr. Marilyn Ambrosic and Larry Lauter graciously provided pastoral care to mom these past few years. Dorothy attended SS. Cyril & Methodius Church in Barberton until it closed in 2009. In recent years, she was a member of Prince of Peace Church in Norton, where private services were held for family on May 15, 2019. Burial was in Holy Cross cemetery.

If desired, donations may be made in Dorothy’s name to WZIP-FM, The University of Akron, Akron, OH 44325. Please indicate the funds are to be used for Dorothy’s favorite radio program, Saturday Morning Polkas.

To order memorial trees or send flowers to the family in memory of Dorothy Janovec, please visit our flower store.