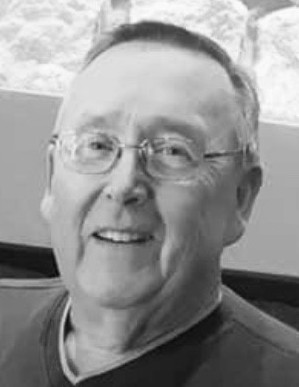 Fred (also known as “Freddie” or “F.A.”) was born in Akron, Ohio on September 5, 1946. He grew up in the North Hill neighborhood of Akron and graduated from North High School in 1964. After high school, he attended the University of Akron to pursue an education degree. Fred ultimately decided to join the U.S. Air Force instead. He traveled the world while in the U.S.A.F. as a Crew Chief flying C-130 cargo planes. He was a part of the 39th TAS Crew Chiefs, Lockbourne ABF, ’66-‘69. After he was Honorably Discharged, he worked in the automotive industry as a Service Manager for several area Chevrolet dealerships. From there, he worked in the food service distribution industry for over 25 years and retired from US Foods Cleveland in 2009.  He lived the majority of his life in Akron but spent the last 26 years living in North Olmsted.

Fred was a one of a kind man with a caring heart and great sense of humor. The kind of man that would give you the shirt off his back if you needed it.  Fred was smart, hard-working and patient.  He had many interests, but he particularly had passions for muscle cars, firearms and history. He was a patriotic person who cared very deeply for his country.  He loved talking politics and felt strongly about preserving and protecting the Constitution of the United States.  In his younger years, Fred enjoyed playing basketball and liked to golf from time to time as he got older. Throughout fatherhood, Fred was an active and dedicated coach to his son’s baseball and basketball teams. He was also the youth group leader at North Hill Christian Church for several years.  Later in life, Fred would frequently get together with his fellow car enthusiast friends over breakfast to talk cars and admire one another’s vehicles. Every Saturday night was date night with his wife, and they took pleasure in going to dinner and a movie together. Fred also kept in frequent contact with his Air Force buddies. They would meet up from time to time and have some very special, memorable reunions.

An immediate family only funeral service will be held. A Veteran burial service of a life well-lived will be held at Ohio Western Reserve National Cemetery in Seville at a later date.  In lieu of flowers, the family requests that donations be made to the Disabled American Veterans charity (DAV.org) in loving memory of Fred.

To order memorial trees or send flowers to the family in memory of Fred Albert Deitrick, Jr., please visit our flower store.