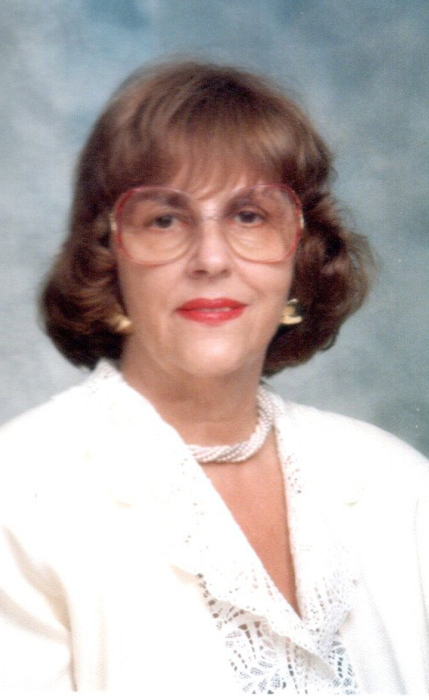 Irene B. Elek, beloved wife, mother and grandmother, went home to be with the Lord on February 1, 2020, at age 93. She was born Irene Barbara Urban, to the late Reverend Joseph and Irene Urban on September 24, 1926 in Fairfield, Connecticut, where she grew up. She married Rev. Aaron Elek and with their three daughters, after serving churches in Pennsylvania and Ohio, they eventually settled in the Cleveland area where Aaron was pastor of the West Side Hungarian Reformed Church for 30 years. After his passing, she moved closer to her daughter’s family in Akron and was a member of the Canal Fulton United Methodist Church for over 20 years. God has truly blessed her with a long and fruitful life.

Irene was preceded in death by her husband, Aaron Elek; brothers Joseph and Louis Urban. She leaves behind her daughters, Eva (Charles) Kover, Laura (Ernest) Elek-Abe, and Lisa (Kevin) Ammerman; grandchildren, Glenaron Fisher, Michael Fisher, Joseph Abe, Miyako Abe, Christopher Ammerman, and Monika Ammerman. She will be missed by many loving friends and family in the U.S. and Hungary, including niece Judit Horvath, of Cleveland, and formerly, Budapest.

Irene had many diverse interests and talents. She graduated from Hunter College in NYC with a degree in Political Science and German. She was fully proficient in Hungarian and used these skills in her work and personal life. She also filled the household with the aromas of Hungarian cooking! Her life-long love of cats, and giving them homes, especially, cannot go unmentioned. She loved cats! Never one to slow down, she held many side jobs. After her move to the Akron area, she admirably began a new chapter in her life and continued working in local businesses.

Her professional life was spent largely in support of the church. Her involvement with the congregation in Cleveland, one of the largest Hungarian congregations in the U.S., and participation in many cultural affairs, was a testimony to her tireless energy, strong faith and selfless dedication. After moving to Canal Fulton, she continued active involvement with her new church. She was steadfast in her faith and devotion to God.

Irene loved the arts. She played piano, organ, cello and French Horn and even learned to play the dulcimer in her 80s! She loved to sing and dance and share these gifts with family, too. She was in the church choirs throughout most of her life. She was very creative and extended this to her sense of fashion and attire-she designed and sewed many dresses! She was a great influence on her daughters' love of the arts and career paths.

That which brought her the most joy was family. She was loving and devoted and always there for them-physically, intellectually, and spiritually. Her knowledge and continued quest for it was active! She was a well-spring and the family’s personal, and loving, source of information and strength. Always elated to hear from and be with her daughters and spouses, her support was unconditional. She especially adored her grandchildren, who affectionately named her “Momer”. She took pride in all of their endeavors and accomplishments. To them-and to her-simply and often conversing and laughing with her was special. Their joy was her joy!

She extended so much love to others! To know her was to love her. As she lives on in the hearts of many, may she also dwell in the house of the Lord forever.

Her family would like to express their gratitude to all.

In lieu of flowers, donations to either of the 2 churches would be greatly appreciated.

To order memorial trees or send flowers to the family in memory of Irene Barbara Elek, please visit our flower store.