It is with heavy hearts that the family of Joan Kondik announces that she has passed away.
Joan was 84 years old when she died on December 21, 2021 at Windsong Nursing & Rehab.
Joan was born on July 15, 1937 in Barberton, Ohio. She was the only child born to Mary Ann and Andrew Strednak. However, several cousins and childhood friends substituted for her lack of siblings.
During Joan’s school years, she attended the City of Barberton’s school system, the Seventh Day Adventist Elementary School in Akron, Ohio, Actual Business College in Akron, Ohio, and Northwest High School in Canal Fulton, Ohio. Following Joan’s high school graduation from Northwest High School in 1956, she briefly attended the Washington Missionary College in Takoma Park, Washington 12, D.C.
Upon returning home, Joan worked at The Diamond Match Company and later at The Ohio Brass Company, both in Barberton, Ohio. Also, she continued babysitting for various families.
Joan soon married John Kondik, and they purchased a home in Norton, Ohio. She loved babies and children, and they had 6 children (Denise, Stephen, Rick, Keith, Marie, and Nancy). Joan loved being a mom to her children and a “mom” to other children as well.
In addition to dearly loving her family and enjoying being involved in their lives, Joan was a “people person” who truly loved being with people. Anyone who came into contact with Joan was immediately drawn to her, and she maintained very cherished relationships with family members and made and kept great friends throughout her life. She enjoyed conversing both in-person and by phone, as well as communicating by cards and letters. Joan endlessly fussed over and worried about people, and she regularly loved to brighten someone’s day with a kind word, a dessert, or some help.
Joan was always busy doing something. As a homemaker, she proudly maintained a very clean home, decorated for the holidays, and cooked large meals and baked many cookies, cakes, brownies, rolls, and pies, especially for the holidays. Joan also maintained a garden in the backyard every year. She enjoyed learning more about these interests through reading and taking classes, and she shared this knowledge with others as well.
Joan also worked outside the home at various times on a full-time/part-time basis. She worked as a school teacher at the Seventh Day Adventist School in Uniontown, Ohio. Joan also worked as a sales clerk for the Frontier Fruit & Nut Company in Norton, Ohio. She additionally worked as a secret shopper of banks through Interim Personnel in Akron, Ohio.
Joan’s faith in God and her religion were very important to Joan, and she was actively involved in the Akron First Seventh Day Adventist Church in Akron, Ohio and the church’s school in Uniontown, Ohio. At the church, she taught in the Kindergarten and Cradle Roll departments, and she managed numerous potluck dinners. At the school, Joan was involved in the Home & School Association (HSA), which included holding the position of HSA President. She also performed many hours of volunteer work on special projects for the school.
Joan was active in the City of Norton’s school system as well. She was involved as a room mother for several years. Joan was also involved with the Parent Teacher Association (PTA), in which she held the position of PTA President. She additionally helped with the Girl Scouts.
Joan also performed volunteer work for non-profit organizations and charities. She additionally helped-out various others with multiple fundraising projects. Joan also gave whatever money she could to various causes. Furthermore, she was a member of the Norton Women’s Club and helped teach children during the City of Norton’s Safety Town.
Joan had a desire to be on the go. She loved to drive, shop, and travel. Joan enjoyed getting behind the wheel and driving, and was never afraid to get lost, as she simply enjoyed the journey. She enjoyed shopping anywhere and at anytime. Joan enjoyed going to theatres, museums, and traveling exhibits, and shopping at the gift shops as well. She enjoyed traveling in the States, Canada, and Europe.
In her later years, Joan lived in Independence, Ohio, where she was active in the Senior Citizens of Independence and enjoyed being with her posse of friends and others. At the Akron First Seventh Day Adventist Church, she enjoyed being involved in a different capacity, as she had become a member of the Goldenaires.
Unfortunately, Joan began having significant health problems more than 4 years ago. She passed away due to a culmination of those health problems.
Funeral arrangements have been made with Bacher Moore Funeral Home, which is located at 3250 Greenwich Road; Norton, Ohio 44203, with the phone number of (330) 825-3633. Calling hours will be held there on Monday, December 27, 2021 from 10:00 a.m. to noon.
Burial arrangements have been made with Lakewood Cemetery, which is located at 1080 West Waterloo Road; Akron, Ohio 44314. The service and burial will be held there following the calling hours.


To plant memorial trees or send flowers to the family in memory of Joan Kondik, please visit our flower store.

Joan has been family to our Independence Seniors making every occasion special with her amazing home baked themed treats and her love for us all as family. 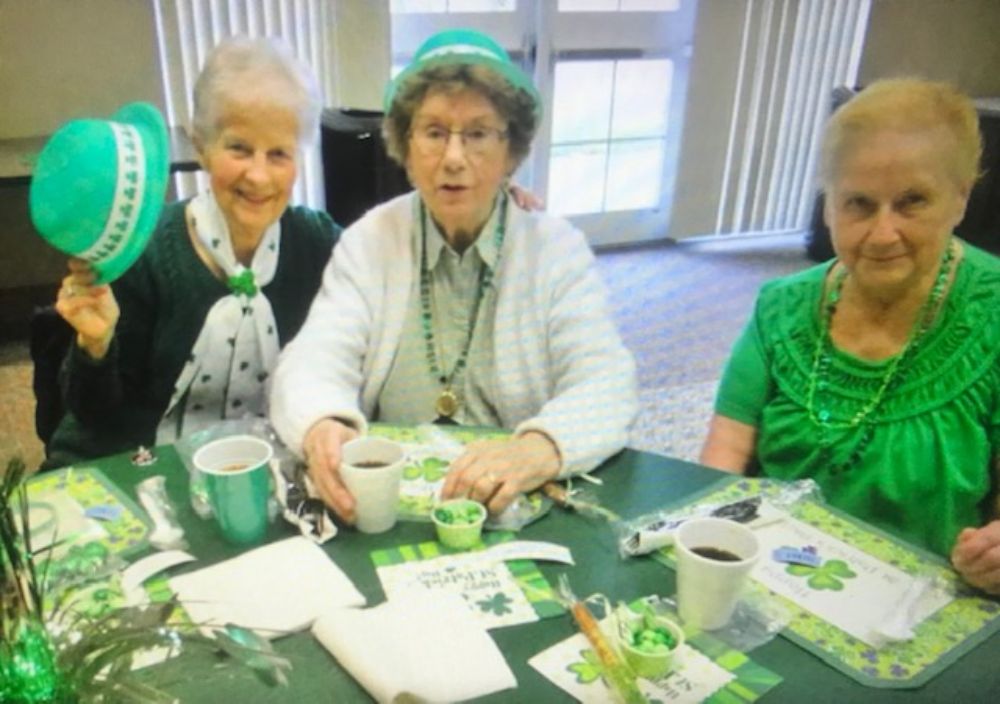