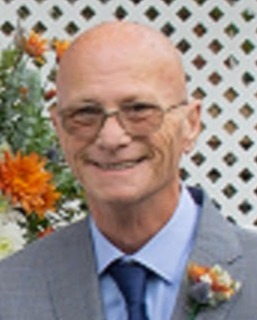 Kenneth was born Monday, September 28, 1953 to Francis and the late Sonya (Dynowska) Stoltz and lived in the North Hill area most of his life. He lived just outside of Jacksonville, Florida Serving in the US Navy. He spent his remaining years residing in Munroe Falls, OH.

Kenneth was someone who truly loved his family. Of all the titles one could carry, Kenneth was most proud of husband, father, and grandfather. His life’s ambition was to raise a family, and he did so with quiet grace and humility. He was never afraid to show his children who he really was. He provided humanity in his role as a family man which made us love him even more.  His eye lit up every time his grandchildren were around. Kenneth did not need anything too extravagant but rather took pleasure in the gathering of loved ones. He did not always have a hardy laugh, but when something struck him funny it was infectious making all those around him join in as he’d wipe tears of joy from his eyes.

Kenneth truly loved Christmas, his favorite time of the year.  He would blare music from The Chapel to start the holiday season every Thanksgiving morning. He loved it so much that he played Santa Claus for 39 years. If someone went to Harris Elementary School between the mid-1980s to early 2000s they sat on his lap.  He would rowdy up the students as they would see him walking the halls and ringing jingle bells to wish everyone a Merry Christmas. He continued to play Santa Claus for the Stow Fire Department, and carried on the tradition for his, nieces, nephews, and grandchildren.

He loved to bowl and had almost hit the elusive 300 game. He had a rare gift for bowling.  He and his family spent many weekends in leagues.

He loved cars, motorcycles and jets.  He owned several classic cars throughout his life including two of his favorites, the Corvette. He could be found throughout the year at car shows, or the annual air show, especially when the Blue Angels came into town. He and his sons would annually go to the motorcycle shows at the IX Center. He was a master craftsman, and made toys, bookshelves, rocking chairs, and toy boxes for his children and grandchildren.

He loved the water, particularly the ocean. On hot summer days he could be found by a pool. He recently took up kayaking at Munroe Falls Lake.

He worked for the US Postal Service for over 30 years as a maintenance supervisor.  He has an honorable discharge from the US Navy. He was an aviation electrician with the VA-174 Hellraisers at Cecil Field and the USS Enterprise.

Most importantly, Kenneth gave of his talents, and of his love.  He never asked for anything in return. His spirit lives on in our hearts and his craftsmanship lives on in the homes of those he loved.

To order memorial trees or send flowers to the family in memory of Kenneth James Stoltz, please visit our flower store.