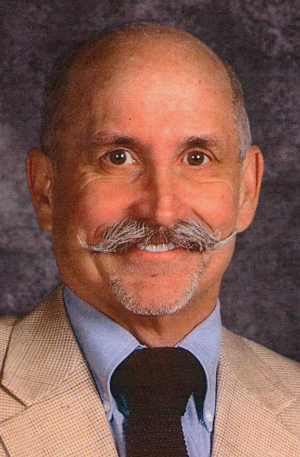 Randall (Randy) Robart, an active Artist, internationally renowned Art Educator, and life-long resident of Marshallville, OH, passed away at the age of 64, on June 7th 2021. Randy was battling pancreatic cancer.

Randy was born in Orrville, OH on September, 27th 1956, to Donald and Mary Robart. He worked on the family farm growing up along with his brothers, and is a graduate of Chippewa High School. Randall attended the Wayne County Vocational School for industrial drafting and began working at Ingersoll Rand in their drafting department before moving to the marketing department. Randy had always been creative and after counsel from close friends and loved ones, he decided to go to college for art education. He graduated from the University of Akron with a bachelors in art education, and then later a masters degree in art education from Kent State University. Randy always had a knack for the creative, and truly valued guiding the youth. He began working at Rittman Exempted Village School District, where he remained as the Art Teacher for 34 years until his untimely passing. Randy’s work over the years to guide his students on how to always be creative, and to challenge themselves to think critically, have been truly inspirational. Randy was a member of numerous organizations both nationally and internationally where he was involved with art education. He served as President of the Ohio Art Education Association, and also served with the Global Art Education Association. He had travelled abroad to places such as Ireland, Rome, and Paris, where he helped spread creativity and happiness to those interested in becoming better artists. More recently, due to Covid, he was a pioneer of the Online Art Educator k-12 social group, a group primarily on Facebook but with the sole purpose of connecting art educators during the challenging time with the Covid-19 pandemic.

Randy was a loving father of 2 sons and a grandson. He was so immensely proud of all that his boys accomplished, and he was so happy and grateful to become a grandfather. He enjoyed travelling nationwide and abroad. Among other international trips mentioned earlier, he spent time routinely with close friends in Santa Fe, New Mexico and Charleston, South Carolina. He also owned a cottage in the Upper Peninsula of Michigan and would go each summer. Randy enjoyed cooking, baking, hiking, biking, gardening, and otherwise being outside. He had thousands of friends all over the world, and was loved and respected. He will be deeply missed and always remembered.

Calling Hours will be scheduled at The Chapel of the Cross United Methodist Church, 14411 Orrville St. NW, North Lawrence, OH 44666 for Friday, June 11 from 2 pm-6 pm and Saturday June 12 from 9 am-10 am. A Funeral service is scheduled at the church for Saturday June 12 at 10am, with a graveside service following at Newman’s Creek Cemetery. The family is preparing an art exhibit in Randy’s memory with some of his favorite and best made pieces of art from over the years. This exhibit will be available at the church fellowship hall during the calling hours and immediately after the services.

To order memorial trees or send flowers to the family in memory of Randall (Randy) Robart, please visit our flower store.