Robert S. Uber, 92, spent his last moments surrounded by his loving family Sept. 7, 2012. Robert was born in Akron to the late Homer and Grace (Gifford) Uber and lived in Akron all his life. Robert worked for J. M. Doran and the Akron City School System and served in the US Army during World War II in the 7 th Armored Division. Robert was a member of the Summit Co. Softball Hall of Fame and loved woodworking and boating and fishing on Lake Erie. Robert is preceded in death by his sisters, Barb Fishback and Esther Wilson; and brother, Paul Uber. He is survived by his loving wife of 66 years whom he married in July of 1946, Henrietta; children, Bob (Jane) Uber, Larry (Cherie) Uber, Janet (Tom) Lawrence and John (Becky) Uber; 13 grandchildren; 19 great-grandchildren; sister, Dorothy Brown; brother, George (Geri) Uber; and many other loving family and friends. Robert had all the qualities of an honest and hardworking man. He was a loving husband, father, son, brother, friend and dedicated soldier. He was a great man who taught us through example to "do the right thing". He will always be remembered and hold a special place in our hearts. Funeral service will be Wednesday, 11:00 am at HENNESSY-BAGNOLI FUNERAL HOME, 936 N. MAIN ST., AKRON. Visitation will be Tuesday from 4 to 8 pm and ONE HOUR PRIOR to service time on Wednesday at the funeral home. Robert's final resting place will be Rose Hill Burial Park with military rites conducted by American Legion Charles Faust Post 281. In lieu of flowers, memorials may be made to Hospice of Summa, 444 North Main St., Akron, Ohio 44310 and the Sharon Twp. Fire and Rescue P.O. Box 7, Sharon Center, Ohio 44274.

To plant memorial trees or send flowers to the family in memory of Robert Uber, please visit our flower store.

Our heartfelt condolances go out to the Uber family. Sandy Snodgrass and Family

Sending our love and prayers to Aunt Henrietta and family.

Friends and Family uploaded 1 to the gallery. 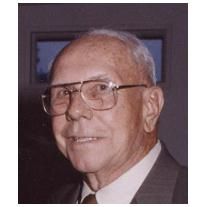