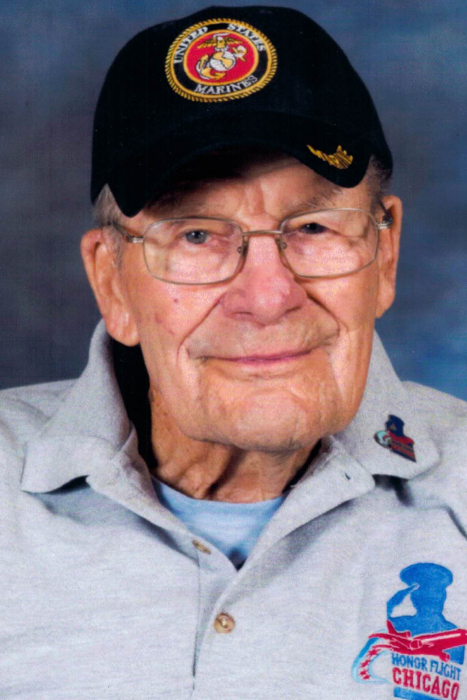 William Edward Caipen, 102, passed away on July 10, 2020. He was born on November 13, 1917 to William and Mary Caipen. William honorably served his country in the Marine Corps during World War II. He was a Master Mason and had been a Mason for more than 50 years. Bill was also a member of American Legion Apache Post 27. William was an avid hiker and really enjoyed square dancing.

William will be buried with military honors during an inurnment service at Ohio Western Reserve National Cemetery. Honors will be provided by the U.S. Marine Corps and Portage American Legion Post 496. In lieu of flowers, donations may be made to the Portage American Legion Honor Guard, 1945 Mogadore Rd. Kent, Ohio 44240, in memory of Bill.

To order memorial trees or send flowers to the family in memory of William E. Caipen, please visit our flower store.