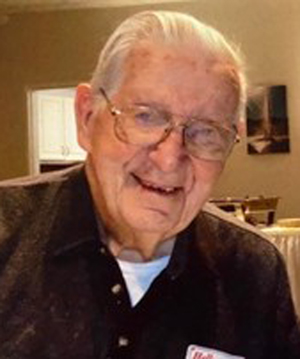 William Carl Kuntz (Bill) , 94, passed away on June 24, 2021.  He was born January 22, 1927 in Akron to the late Harry and Willa Kuntz . During WWII Bill trained as a radar operator. He then served aboard the USS Cowpens playing in the ship’s dance band as it transported troops home. Bill married his sweetheart Betty in 1948.   In September 1950 he joined the Akron Police Department and served for 33 years until he retired with the rank of sergeant.  After he retired from the police force he worked for General Tire and later Smith Truck Cranes company driving trucks all over the country, often with Betty along for the ride.  He was involved with the All American Soap Box Derby for 52 years, and participated in the Derbytown Chorus barbershop group for 40 years. Bill was a member of Hope United Methodist Church. After almost 70 years of marriage, Bill lost Betty in 2018 and they are now reunited in heaven.

In lieu of flowers, donations may be made to International Soap Box Derby, 1000 George Washington Blvd., Akron, OH 44312, in memory of Bill .

To order memorial trees or send flowers to the family in memory of William "Bill" Kuntz, please visit our flower store.